skip to main | skip to sidebar

While we are concern about corruption, transparency and abuse of power, we have over the years lost sight that arming the Nation policy by the BN can lead to disastrous consequences of war and poverty. We should pick this issue more seriously now as it had been overlooked by politicians and the general public over the years. We all know World War II was started when Hilter in stimulating the economy and creating jobs for the Germans went on a rearmament policy. The Germans were happy because the economy was growing and people got jobs, but, armament of Germany led to World War II.

In our armament, the Ministry of Defence in one weekend on 19 April 2010 during the “Defence Fair” went to justify the spending of more than RM10.4 billion to modernize and upgrade our military capabilities which was said in line with the Nine Malaysia Plan, in which the BN government was very ambitious and was said prepared to spend RM21billion or 10.6 percent of our development expenditure although a sum of RM14.5 billion was spent during the said Nineth Malaysian Plan (2006-2010). However, the government had never failed to justify their spending budget on arms. Not many of us including some politicians and policy makers could see the problems caused by huge military spending by our government. The huge budgets for the purchases of military equipment and technology can slow down development progress and can slow down to erase poverty in Malaysia. What we need now is better education, places for acquirement of knowledge and proper development infrastructures for our people. It is a known fact that only through education, knowledge and proper development infrastructures can we accelerate development and help erase poverty.

With huge budgets over the years in purchase of arms, many people in the country will remain poor as the budgets were grossly disproportionate to our nation’s means. We should realize that much of our money when buying arms were also spent on commissions. We should all recall in 2006 it shocked the nation when arms deal led to the murder of a Mangolian national, Altantuya Shaaribuu, when questions surrounded in the purchase of two Scorpene submarines and a used Agosta submarine from France. Our Malaysian Ministry of Defence was said had paid one billion euros (RM4.5 billion) to a French-Spanish joint venture company. Out of it, a Malaysian company which had connections with an aide of Najib received a payment of 114 million euros (RM510 million). We should all still remember that the demand of USD500,000 by Altantuya Shaaribuu as her commission, but, she was found blown up in a Shah Alam forest with a C4 explosives. These show that there are cases of questionable purchases of arms over the years by the BN government.

Our Malaysian public should be told that the basis of the arm industry is PROFIT. BN government can say that to maintain peace and security in this region, we must have the most sophisticated and the latest state-of-art weapons. Instead, BN government had helped countries like USA, Russia, France, Britain, Germany and Italy to make money from weapons and military equipment sold to this region. By supplying weapons and military equipment, these countries and their dealers make profit and they can easily provoke war in this region!

We Malaysians should also understand that many of those who dealt in arm have vested interests and have very little concern of human rights and morality. A report released the Stockholm International Peace Research (SIPRI) in 2009 said that arms race in South East Asia had come to an irrational level. Malaysia was said led the regional pack with the purchases of weapons of death a surge of 722 percent during 2005- 2009 period! Military spending had created insecurity in our South East Asian region as a Zone of Peace, Prosperity and Neutrality (ZOFPAN).

Malaysians should be told that the Prime Minister, Najib could lead this country to economic disaster. This is because when he was the Defence Minister, defence spending has accelerated and he is now even called as the “driving force” behind Malaysia’s military modernization program by Foreign Policy in Focus. His shopping list included battle tanks from Poland, Russian and British surface-to-air missiles F/A 18 jets fighters, submarines from France and Russia Sukhoi Su-30 fighter aircrafts.


CARE AND DEFECTIVE OF MILIARY EQUIPMENT

The Nation’s military spending saw among others, a defective scorpene submarine. The said scorpene submarine, KD Tunku Abdul Rahman, which was schedule for a diving operation on 18 February, 2010 could not dive that day! In a 2006 Auditor-General’s Report it was also revealed that two Russian Mi-17 helicopters worth RM117.75 million purchased for the police air wing could not be used as they did not meet the Department of Civil Aviation (DCA) specifications. The DCA refused to register these two Russian Mi-17 helicopters as the did not conform with the designs guidelines set by the International Civil Aviation Organization.

On 16 March, 2006 the SeaSkua missiles, which is 2.5 metres in length and 25cm in diameter, which was an all-weather anti-ship missile, bought at RM104 million in 2002 was fired by the Royal Malaysian Navy (RMN), but, they failed to hit the target! They instead fell into the sea and were never been recovered. (NST 4. 8. 2006). What a waste of money to Malaysia?

On 24 February 2006, the then Deputy Defence Minister Zainal Abidin Zin said that about RM300 million worth of obsolete military hardware had been disposed off since 2005. This included outdated military weapons, bullets, vehicles and aircraft spare parts. We also had a case in 2006 Auditor-General Report of defective combat equipment inclusive of ballistic helmets worth RM19 million being supplied to our army. These helmets were issued to our combat units did not meet the requirements set by the arm forces.

Two fires on 8th and 9th October, 2009 saw a Royal Malaysian Navy (RMN) RM48 million tank landing ship KD Inderapura destroyed by the fires and was later decommissioned as the damage was irreparable. The findings of investigation was headed by Capt. Rusli Ahmad, was released on 14 November, 2009 which concluded that the first fire on 8th October, 2009 could highly be ignited by a short circuit while the second on 9th October, 2009 when smouldering embers restarted the fire.

In May 2008 our military discovered that we have two F-5E jet engines worth collectively worth RM100 million missing. The public was only made aware of the loss in 2009. Why so slow to let the public know?

The spending for military equipment and machineries were very substantial and eats into our economy. Where the money comes from for our military spending? I would not disagree if someone tells me that this could all come from our oil money! There will be little wonder that prices of our petrol kept on increasing all these years and this led to inflations and increase in prices of food and essential goods in the country!

The government should cut all military spending and concentrate to build more schools, places for the acquirement of knowledge, public infrastructures and take care of public health to boost productivity.
Posted by VOON LEE SHAN at 4:55 PM 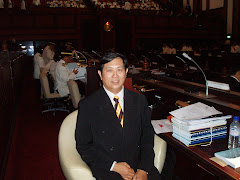 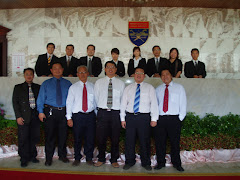 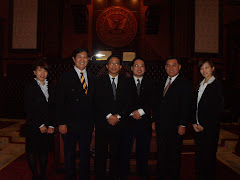 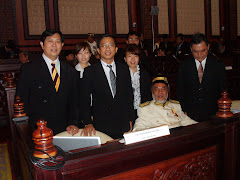 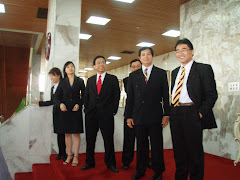 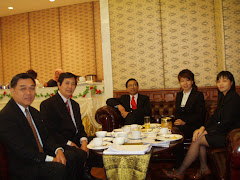